Growing up, I had older siblings that were very into music and constantly playing records, so I was exposed to music at a very young age. Also, my older brother was playing drums in a band so I was specifically exposed to drums very early as well. It wasn’t until the early ‘80s that I first heard some heavy metal, and it spoke to me much more deeply. That began my search for more, better, deeper, etc. Once I started playing drums – about when I was 12 – the skill involved in playing faster was the lure dragging me, most willingly, further.

Well, early on, I think the first drummer whose name I made sure to learn was John Bonham. After hearing ‘Led Zeppelin II’, I was inspired. Then 1984 hit, and that was an insane year for releases – Celtic Frost’s “Morbid Tales”, Mercyful Fate’s “Don’t Break The Oath”, Iron Maiden’s “Powerslave”, Metallica’s “Ride The Lightning”, Bathory’s self-titled, etc. – and that foundation informed my musical tastes the rest of my life.

As I said, I was exposed to drums at a very early age – probably 3 years old – but didn’t really start playing until I was 12. Before that, I took 4 years of piano lessons, which was my mom’s idea. I enjoyed it, and am grateful that I can read music because of that, but it just wasn’t grabbing me. Once I started playing drums, I did take lessons for a couple years, just so I had a good foundation and fundamental understanding of the mechanics, before I kept pushing on my own. I do currently follow some drumming channels that provide good discussion on techniques, chops, etc. Always learning.

I listen to a huge variety of music, always have. Other than metal, I probably listen to hard or progressive rock the most, followed closely by electronic and dark ambient or soundtracks/scores.

Haha, no. Music has never proven financially successful for me. This year has been an interesting blip on my career, as I’ve spent the entirety of it laid off, but I am in information security. Would I quit my job if I started making equivalent money in music? For sure. I’d much rather spend my day doing what I want, being productive in ways of my choosing, although I’m sure I’d still keep my hands in infosec. It’s always been interesting to me. 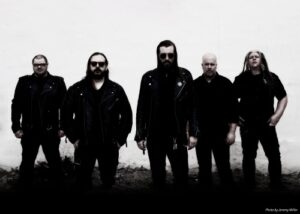 *If you could start a band with other musicians on other instruments, which artist would you pick for wich instrument and why? (Something Like an “All Stars Band”.) Would you still go for a doom / death metal metal band? Or would you do something completely different?

So many talented people out there. If we’re talking hypotheticals, and living or dead doesn’t matter, I’d love to get Frank Zappa, Neil Peart, Randy Rhodes, John Entwistle, and Andy Summers in a room and get out of their way.

The answer to this question changes all the time. So many albums speak to me for entirely different reasons, depending on the mood I want to enhance. At the moment, here are five: QOTSA – ‘Songs For The Deaf’, PJ Harvey – ‘To Bring You My Love’, Killing Joke – ‘Killing Joke’ (2003), Alan Parsons Project – ‘Tales Of Mystery & Imagination’, NIN – ‘The Fragile’.

It’s tough to be objective about something you’ve spent two years crafting, and countless hours deep in the weeds with, but I’ll say this: We always endeavor to create “songs” rather than “riffs”. Mood and feeling mean more to me than pure technicality. We created an album that we would love to listen to, as fans of metal music, and something that we just don’t hear other bands doing these days. My favorite tracks change frequently, but ‘The Archer & The Noose’ always sends chills down my spine, and ‘In The Mourning Light’ has many layers beyond first listen, for me. 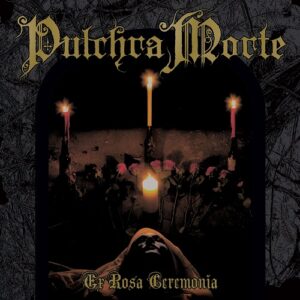 *I suppose you will promote this album through live concerts (when of course everyting is getting back to “normal” after the Covid 19 disaster). If so, would you prefer small clubs or big festivals? And is there a chance we can see Pulchra Morte in Belgium?

Yeah, we are really itching to play! We’d love to come to Belgium – make it happen! There are positives to both fests and clubs. I really enjoy the intimacy of clubs, being close to the fans and feeling like you are really feeding off of each other to create an event. But there is also something very powerful about thousands of people all focused on and enjoying the music together. We are ready to bring Pulchra Morte to you all-in whatever way we can, as soon as we can!