Aeternitas present “HAUNTED MINDS”, the band’s 6th studio album, due for release on 20.11.2020 Via Wormholedeath / The Orchard / Aural Music group.

The band stated: “Our sixth studio album will be the most powerful Aeternitas album yet, and with Henning Basse (Ex-Metalium, Ex-Firewind) and Glen Drover (Ex-Megadeth, Ex-King Diamond) we are honored to have these guest musicians involved.” 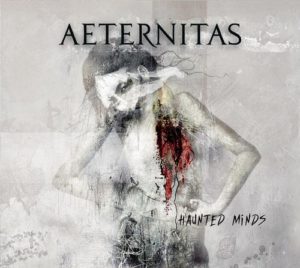 Founded in 1999 by Anja and Alex Hunzinger, Aeternitas released their first and very well-received concept album “requiem” in August 2000, which combined a variety of different styles (from classical to metal elements). The success of this album encouraged Anja and Alexander to build a performing band, to bring their songs to the stage.

The second album “La Danse Macabre”, released in 2004, brought together contemporary gothic metal with classical, electronic and theatrical influences. The concept of stage realization was developed for spectators to enjoy a theatrical live show and paved the way for the subsequent development of Aeternitas and their next work, the concept album “Rappacinis Tochter” (“Rappaccini’s Daughter”). The theme is based around the short story of American author Nathaniel Hawthorne, a contemporary and companion of Edgar Allan Poe.

A new era began in 2012, when Aeternitas started working on their new concept album “House of Usher”. Herein Aeternitas developed a modern symphonic metal style with complex orchestral arrangements, grooving rock parts and the strong and catchy melodies of their male and female singers. This fourth album was released in 2016 and led to one of the band’s highlights: the support gig for the SCORPIONS in Rüsselsheim 2017 at the Hessentagsarena.

Aeternitas released their fifth studio album “Tales Of The Grotesque” in June 2018 and subsequently toured with these new songs in 2019 and 2020 with the Japanese power metal band JUPITER and the Finish monster act LORDI on their respective European tours, where Aeternitas enlarged their European fanbase. 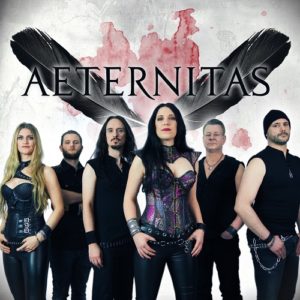