Well, music has always been around me and when I was a kid I sang all the time. I remember writing short songs with a fake English language in like the second grade. I started to get into metal music not that long ago. It was my classmates in the Swedish collage that made me sing a metal song on a school gig and since then I’ve loved metal. 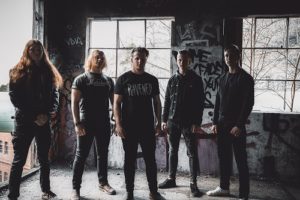 Music in general it has always been Green Day for me, ever since I was a little kid. When I started listen to metal I had a new favorite band and that favorite band was Slipknot.

I’ve been singing all my life and when I started go to music school I took singing lessons but I would say that most of my singing lessons weren’t at school. I was teaching myself especially with the growl vocals. My parents has always been very supportive but I was the one that wanted to sing and create music.

I’m really into movie scores and that stuff! I’ve always loved it because of its greatness and sudden dramatic turns.

No, it’s not a full time job, but hopefully someday because I love to make music. I recently worked on a school but I think that music suits me the most cause I want to create things that really matters to me. 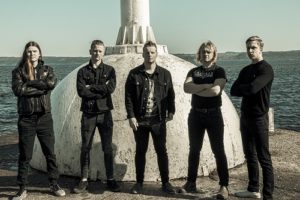 *If you could start a band with other musicians on other instruments, which artist would you pick for wich instrument and why? (Something Like an “All Stars Band”.) Would you still go for a modern metal band? Or would you do something completely different?

I think I had to choose to compose music with Howard Shore (“Lord Of The Rings” composer). That would be really cool. I mean I love metal and my band but if I had the chance to do something completely different I would try it!

‘American Idiot’ by Green Day, ‘Fellowship Of The Ring’ by Howard Shore, Slipknots self-titled album, ‘The Great Southern Trendkill’ by Pantera and finally ‘Minutes To Midnight’ by Linkin Park. Why these albums is because these albums are masterpieces! I could choose differently cause there’s so much music but this will do!

*Every new album of a band or an artist is the best one, that’s what they always say (we do know its your debutalbum). So here is a chance to promote the album. Why should a music lover buy your album? What are the standout tracks for you on this new album and why?

I would say if you love heavy but also melodic metal you should buy the album. I think every song has a different feel but personally I think ‘The Cunning’. ‘The Cunning’ has been my little “baby” since we started to write on it. 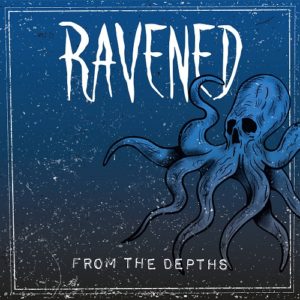 *I suppose you will promote this album through live concerts (when of course everyting is getting back to “normal” after the Covid 19 disaster). If so, would you prefer small clubs or big festivals? And is there a chance we can see Ravened in Belgium?

I would say both! Clubs because we love it and festivals cause that has not happened yet! Well let’s hope we play in Belgium very soon.