When I was a kid, my parents listened to fine music from acts such as The Beatles, Janis Joplin, Joan Baez, The Rolling Stones, Pink Floyd, Jimi Hendrix and the likes. So when I started listening to metal at the age of 12, there was not that much of a change, at least not for me. The interest in listening to metal music came quite naturally.

I assume the most profound impact on my music made Bathory and early-mid 1990’s Norwegian and select Swedish Black Metal bands such as Darkthrone, Emperor, Mayhem, Ulver, Satyricon, Enslaved, Gorgoroth, Dissection, Sacramentum, Marduk and so forth. Nevertheless, I remain a big fan of several sub-genres of metal music such as Thrash, Death, (1980’s) Heavy, and Doom Metal.

I started to play acoustic and electric guitar when I was 15, but apart from a few lessons I got from my mother back then, I learned everything autodidactically. Today, I sing and play guitar, and bass.

I listen to quite a few different styles of music apart from metal, and it would probably be boring to the reader to count them all here. What remained a continuous source of inspiration is classical music in the widest sense, and select trip-hop-influenced pop music such as Portishead, Lana Del Rey, and Chelsea Wolfe.

I am employed in the humanities, and conduct research in medieval Scandinavian literature. This is my main job and will remain so, even if Árstíðir Lífsins or any other band I play in suddenly becomes famous in the future.

*If you could start a band with other musicians on other instruments, which artist would you pick for wich instrument and why? (Something Like an “All Stars Band”.) Would you still go for a pagan black metal band? Or would you do something completely different?

Apart from sufficient technical skills, it is particularly important for me to work with like-minded musicians and friends. From that point of view, I would probably not create a band on the basis of musical abilities alone. I feel completely at home and am very happy with all the band members in Árstíðir Lífsins, and Helrunar. 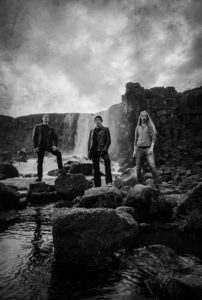 All of the following albums are masterpieces in their own right, and represent only a very small selection of my personal Black Metal highlights that I still enjoy today.

Ulver: ‘Bergtatt – Et Eeventyr i 5 Kapitler’. Ulver’s debut is a true milestone in Black Metal, and strongly empowered my interest in writing atmospheric, genre-changing metal music. The fantastic riffing, the well-done vocals and the overall esthetics of this album (and it’s follow-up acoustic masterpiece Kveldssanger) clearly had a strong influence on my own music, and probably still has.

Emperor: ‘Anthems to the Welkin at Dusk’. Although I would also want to add Emperor’s iconic EP and their debut to the list, it probably was the second album of these Norwegian masters that had the most impact on me. The incredible song-writing, the technical skills and the overall nocturnal atmosphere this album embodies is simply unique.

Darkthrone: ‘Transilvanian Hunger’. This album includes most of what I consider a perfect Black Metal record. The cold, minimised riffing, in combination with a perfect sound for this music, has never been done better. To me, ‘Transilvanian Hunger’ has a very natural, Norwegian feeling that very few other records from the 1990s were able to create.

Enslaved: ‘Eld’. Together with Bathory’s ‘Hammerheart’, Enslaved’s third album encompasses most of what I understood, as a teenager, as an epitome of ‘Viking’-themed metal music. Its esthetics and lyrics, and the phenomenal music still remain a source of inspiration to me.

Our newest album ‘Saga a tveim tungum II: Eigi fjǫll né firðir’ is our most ambitious and varied record to date. Music, layout and lyrics, all combined express best of what we wished to archive with this band thus far. A lot of time and thoughts went into creating this album, and it’s forerunner ‘Saga a tveim tungum I: Vápn ok viðr’, and although both were recorded quite some time ago, we still are very proud of what we created. 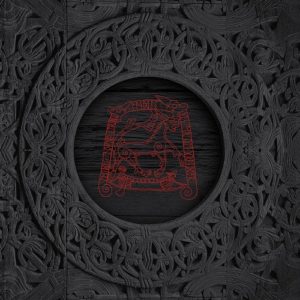 *I hope you will promote this album through live concerts (when of course everyting is getting back to “normal” after the Covid 19 disaster). If so, would you prefer small clubs or big festivals? And is there a chance we can see Árstíðir Lífsins in Belgium?

With Árstíðir Lífsins, we never played live, and probably never will. We are generally not against playing concerts, but we simply have not the time to prepare and work together with an extended live line-up at the moment.